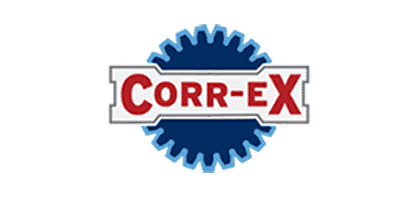 In a paper presented at the recent 2017 Aviation Electronics Europe Expo in Munich, Germany, Dr. Mustafa Ilarslan, PhD, discussed –  “The management of “False Alarms” and “No Fault Found” events in Military avionic systems”.

In his paper Dr. Ilarslan explains that “False alarms (FAs) impose a devastating impact on military systems.  An entire aircraft can be grounded because of a single avionics for which there are insufficient spares available. If a FA causes a particular Line Replaceable Unit (LRU) to be called out incorrectly, there is a better than even probability that a second copy of the same LRU will also experience FA and much sooner than expected, the fleet will be deprived of all spares for that LRU.  To then find that the LRUs replaced had No Fault Found (NFF) at the repair depot adds “salt to the wound.” while adding huge sums  for lost time in servicing, aircraft downtime  and unnecessarily high stocks of replacement parts.

SuperCORR A  was designed specifically to prevent  these problems in avionic as well as electrical and electronic components and systems failures caused by corrosion, including no fault found failures and problems caused by Cadmium corrosion. SuperCORR A  is a proprietary Ultra-Thin Film, Water Displacing Lubricant and Corrosion Preventative Compound, manufactured under license in the UK by EnviroTech Europe Ltd.

SuperCORR A   is being used on both military and civilian aircraft to prevent fretting corrosion on electronic and electrical connectors, including F-16, P-3 Orion, Boeing 737’s, C-130, F-15,  DHC-6 Twin Otter, Bell helicopters, Bombardier BD-700 series and Bombardier Challenger 300/350, Learjet 45, Legacy 650, and Hawker to name but a few.

SuperCORR A  is also being used at BAE Systems, Honeywell and Raytheon Systems to prevent corrosion from causing avionic, electronics, and electrical systems and components failures and for lubrication and protection of moving parts with a thin dry film.

More detailed information can be found in the paper “Electrical connector corrosion prevention Improves reliability and reduces costs” by David Horne which is available here.

NOTE that while quoting Dr. Ilarslam’s paper, with his permission, he is not endorsing or recommending the use of any specific product, including SuperCORR A .

SuperCORR A For Aircraft Corrosion Protection